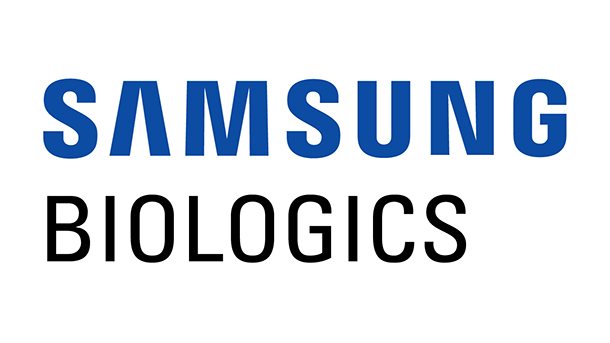 Samsung BioLogics has moved quickly since it began operating in 2011. The South Korean contract development and manufacturing organization (CDMO) has built a series of progressively larger, more advanced facilities, culminating in its 180,000L “Dream Plant.” This facility, the largest single plant of its kind, sets Samsung BioLogics up to become the world’s biggest contract manufacturer.

The latest facility synthesizes the knowledge Samsung BioLogics gained working on its first two plants and its parent company’s experience of designing and running production sites in other industries.

At 180,000L, this new facility in Songdo, South Korea is set to become the largest single biologics plant in the world once operational. The production capacity consists of twelve, 15,000L mammalian cell culture bioreactors, which is two more than are housed at the second site. Once that capacity becomes available, Samsung BioLogics will have 362,000L across its plants, a figure expected to make it the world’s largest contract manufacturer of biologics.

Samsung BioLogics has taken steps to ensure the third plant remains efficient and agile despite its size. These steps involve the use of new technologies, most notably N-1 perfusion. This entails the use of a device that intensifies cell growth before the production bioreactor is seeded. Taking this preparative action increases initial cell densities and, in doing so, cuts the time it takes to complete a production run. Costs and operational risk are also reduced. The CDMO is adopting N-1 perfusion alongside design decisions intended to increase the efficiency of the plant.

This approach has manifested in a site designed to be run 24/7 without an annual shutdown. The maintenance and cleaning schemes developed to achieve such uptime also reduce the time it takes to switch between products and the batch losses suffered when doing so, making it an agile facility well suited to the multi-drug demands CDMOs face in the current medicine era.

Further design-driven efficiencies stem from the use of novel cleanrooms and a central core. The cleanrooms differ from those sometimes used in Europe. There, workplace quality is guaranteed by constructing plants as “cleanrooms” that make the outside visible. Samsung BioLogics thinks this restricts energy efficiency and as such it has rethought its cleanrooms in light of environmental factors. The central core is designed to further increase efficiencies by minimizing the moving line.

The rise of Samsung BioLogics​

Samsung BioLogics broke ground on its third facility in November 2015 and completed construction two years later. The CDMO is now validating the facility with a view to getting it GMP ready in the fourth quarter of this year.

Those timelines continue Samsung BioLogics’ rapid progress. When the CDMO broke ground on its first, 30,000L plant in 2011, its parent company Samsung Group had no history of producing drugs. Samsung Group was, and remains, best known for manufacturing smartphones, televisions and the semiconductors inside them. Yet, the conglomerate saw an opportunity to use its experience in other industries to quickly establish itself at the forefront of the contract biologics manufacturing sector.

Drawing on the experience Samsung Group gained designing and running 25 semiconductor facilities and more than 50 petrochemical plants, the CDMO built its first biologics factory in 13 months. Validation of the facility and its six 5,000L bioreactors took an additional 12 months. The first regulatory approval came 25 months after the start of engineering runs when the FDA signed off on an inspection with zero Form 483 observations.

Plant #1 gave Samsung BioLogics mammalian cell culture capacity, a liquid fill/finish line with lyophilization capability, a quality control laboratory and a cGMP warehouse capable of storing materials at temperatures ranging from ambient down to -70℃.. However, with Samsung Group wanting to develop biologics manufacturing into a business on par with its semiconductor operation, the plant represented a proof of concept, not the culmination of its plans.

Samsung BioLogics began working on its longer-term vision while still putting the finishing touches on its first plant. Shortly after getting the first facility GMP ready, Samsung BioLogics broke ground on a second plant. At 152,000L, the second facility was designed to become the largest active single plant of its kind. Construction of the facility took 17 months, after which Samsung BioLogics spent 12 months validating the site and its ten, 15,000L bioreactors. The FDA approved the plant 19 months after the start of engineering runs, with clearance from regulators in Europe following shortly thereafter.

Samsung BioLogics has filled its growing capacity through contracts with large and small biologics companies. The CDMO won early, business-validating contracts with Bristol-Myers Squibb and Roche and has continued to add to its customer base. In February 2018, Samsung BioLogics won the first contract for its third plant, which could be worth almost $150m if the experimental biologic covered by the agreement is approved.

These contract wins reflect the capabilities of Samsung BioLogics’ plants and its approach to client satisfaction. Since its early days, the CDMO has sought to differentiate itself by adapting its activities to the needs of clients and prioritizing tech transfer through the creation of a dedicated team. This team is tasked with ensuring tech transfer, an early, critical interaction between client and service provider, goes smoothly. Samsung BioLogics has assigned industry experts with decades of experience to the team.

As the third plant advances toward GMP readiness and regulatory approval, the ability to quickly win and onboard business, as demonstrated by Samsung BioLogics over the past seven years, will be crucial.